HIV and AIDS in South Asia

HIV AND AIDS IN SOUTH ASIA

In 2015 we were contacted by UNICEF’s staff. The plan was to make up a bunch of infographics and other printed and online materials for the sake of raising awareness of the spread of an HIV and AIDS epidemic among children in South Asia.

The analysis of the data – which was entrusted to us – started with a deep study of the many indicators regarding the estimated number of children living with HIV and AIDS. The dataset was divided into groups (0-14 years, infected per year, estimated AIDS-related deaths, etc.) and attentively filtered. In the end, we presented the most suitable and simplified visualizations to the client, consisting in the main facts plus a summary of other indexes including estimated rates of mother to child transmission, and number of pregnant women receiving ARV for PMTCT.

The report wanted to stress the impact of low coverage of antiretroviral therapy among pregnant women living with HIV, as a key barrier to achieving an AIDS-free generation in South Asia. In most cases, the failure to detect HIV at an early age was leading at that time to missed opportunities for pediatric treatment. Increasing the coverage of ARV among children aged 0 -14 years in South Asia was yet contributed to falling numbers of AIDS-related deaths, and the report was aimed to magnify the importance of such a treatment in youth age.

The report was prepared in different formats and acquired by UNICEF, together with several country rosters. It was published in the spring 2015. 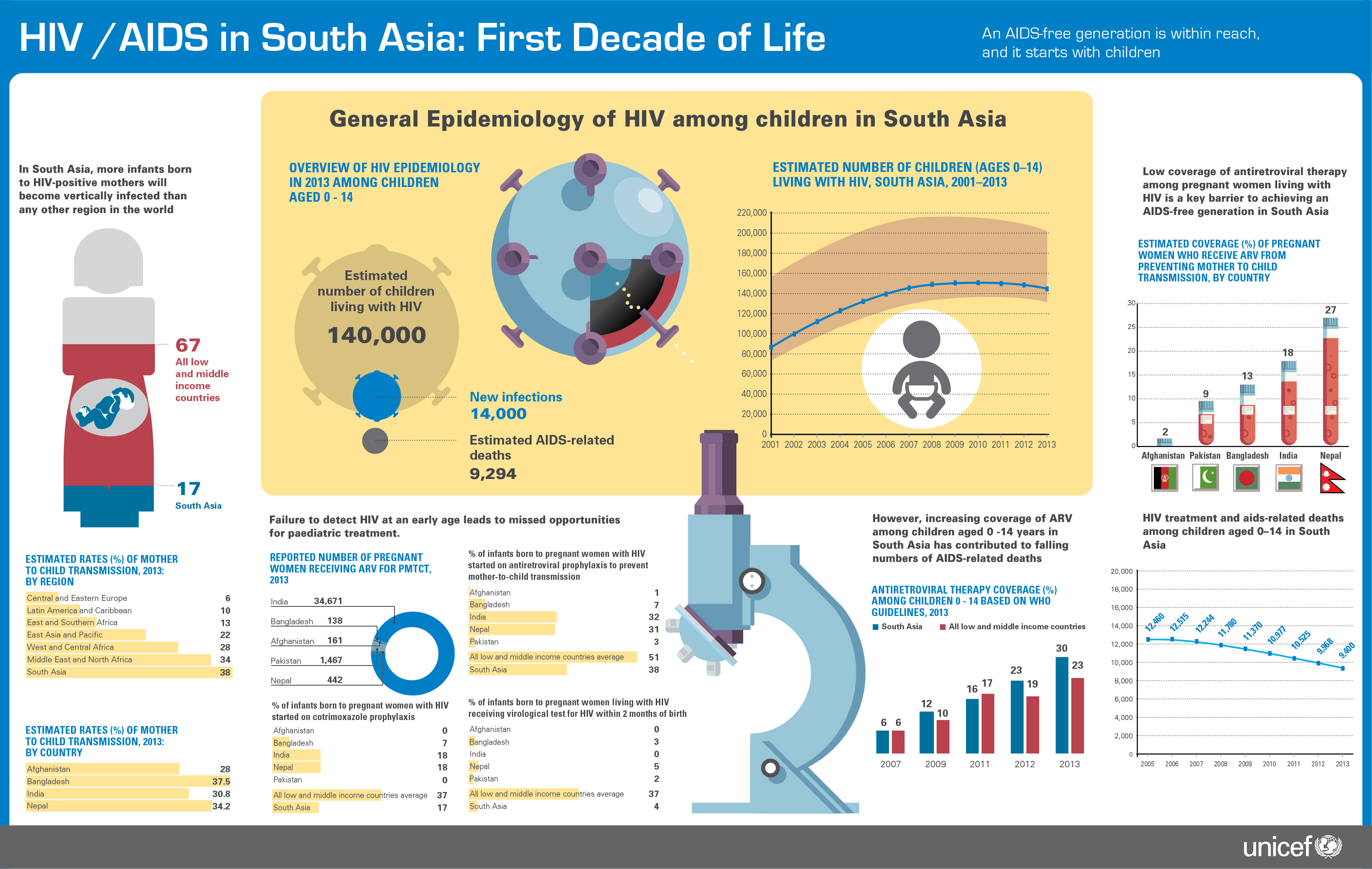