A graphic biography of Beyoncé

Beyoncé’s: a one-word introduction could suffice.

She’s famous the world over, she’s more than a superstar: she’s an icon and an inspiration, whose story is as impressive as the stats that accompany it.

The book BeyoncéGraphica is an innovative biography which explores and celebrates the artist’s spectacular rise with infographics about her various accomplishments, from being the most nominated woman in Grammy history, to the top ten wealthiest recording artists in the world, to being one of Time magazine’s 100 Most Influential People.

For BeyoncéGraphica we realized, in cooperation with the designer Gemma Wilson, most of the information graphics scattered across the book, putting together a witty blend of infographics and high-quality photos.

The original plan included about 45 infographics of all tenors. Providing the supposed spirit should have been funny and amusing, and the timeframe for finishing the publication was less than two months, the result was quite tidy and crisp. We enjoyed sharing and exchanging ideas with Gemma and dug deep into the huge collection of data the author and the publisher provided. 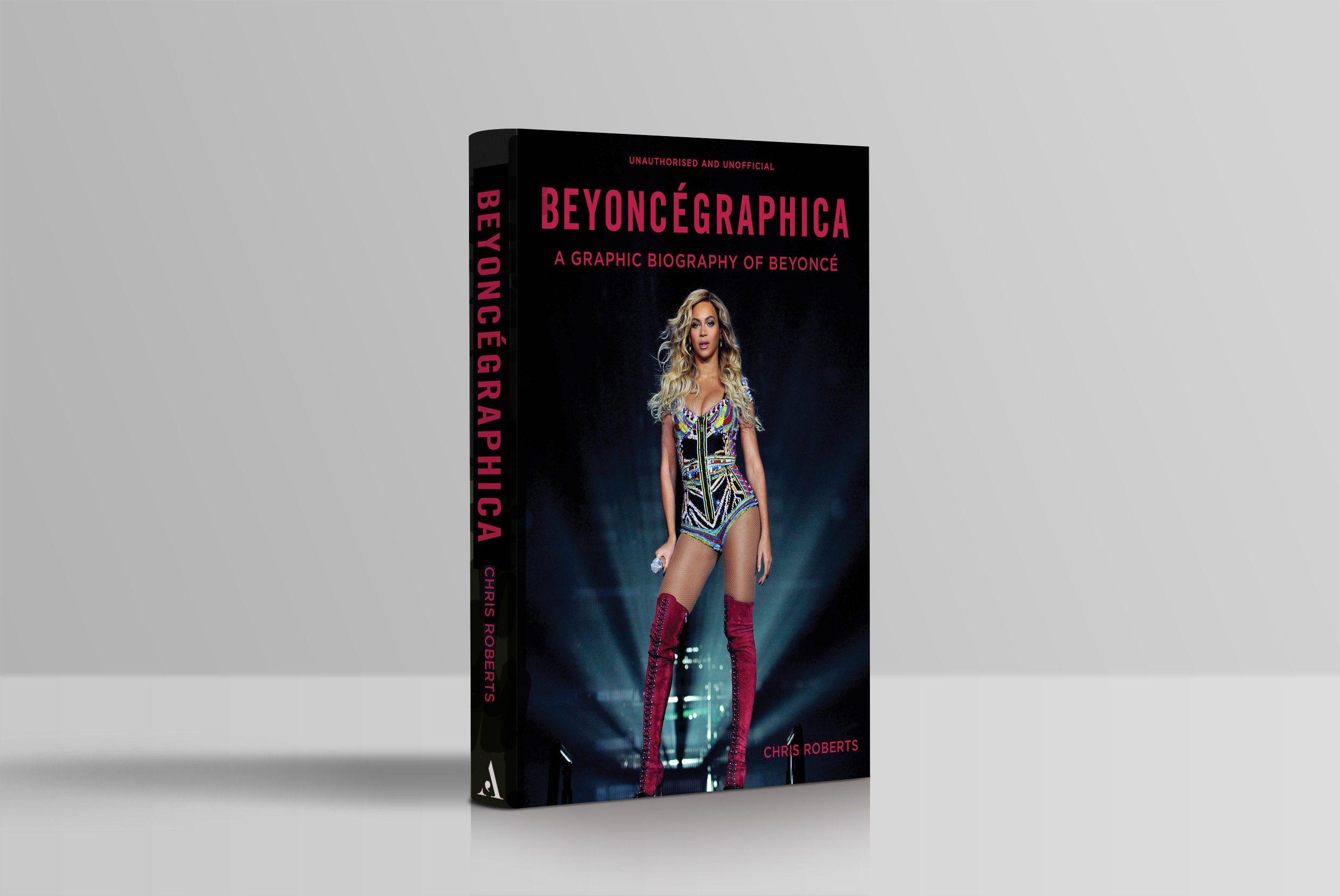 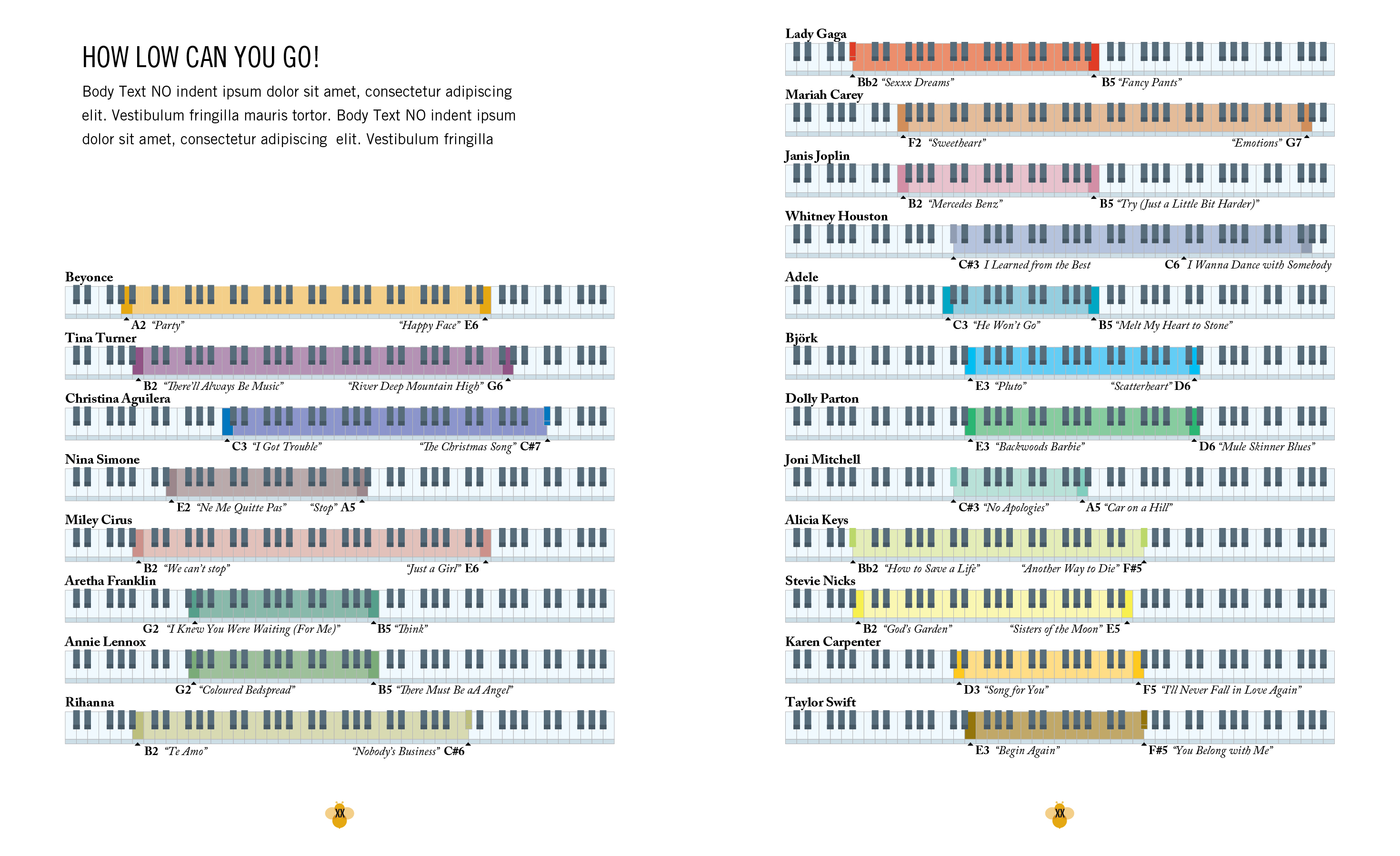 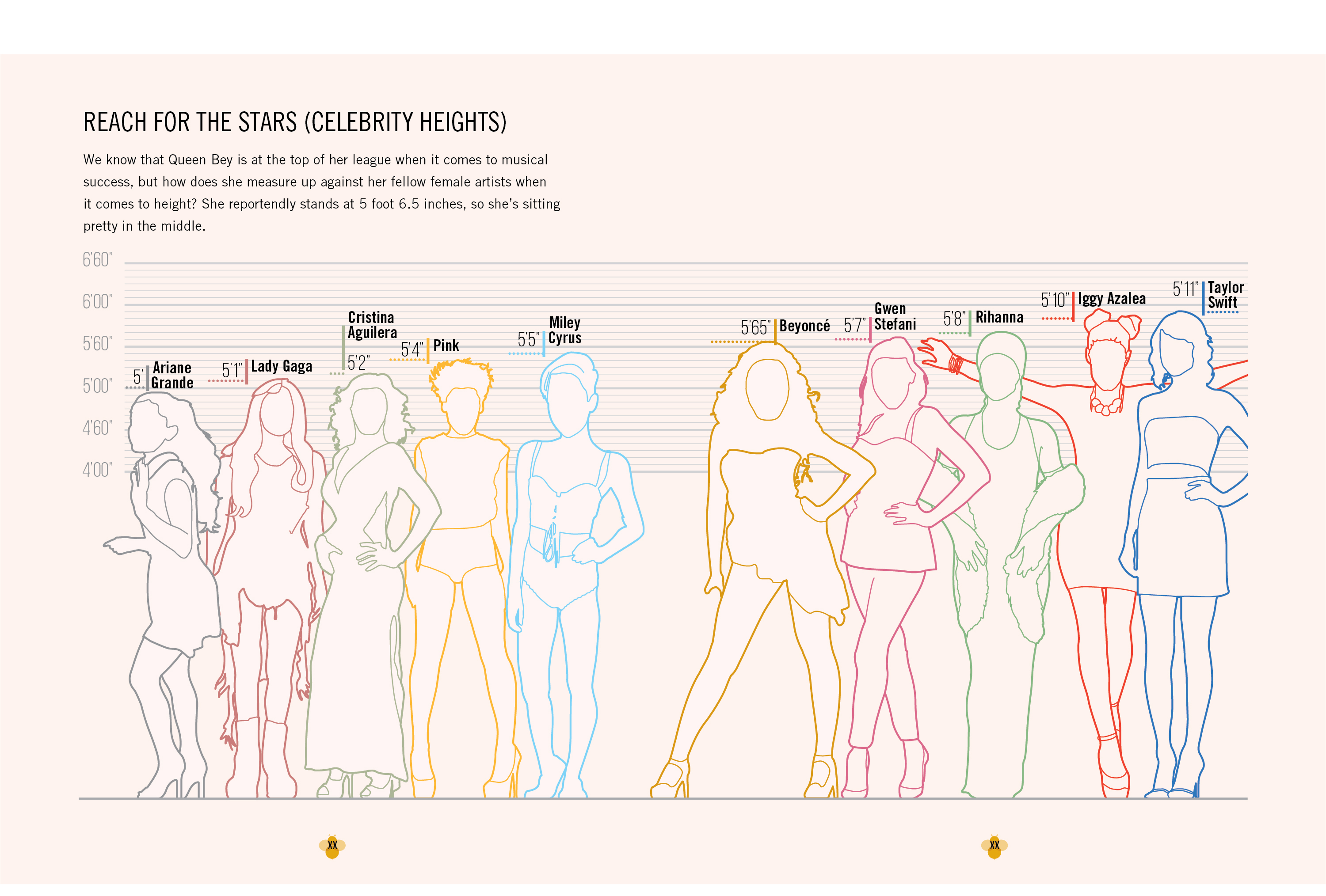 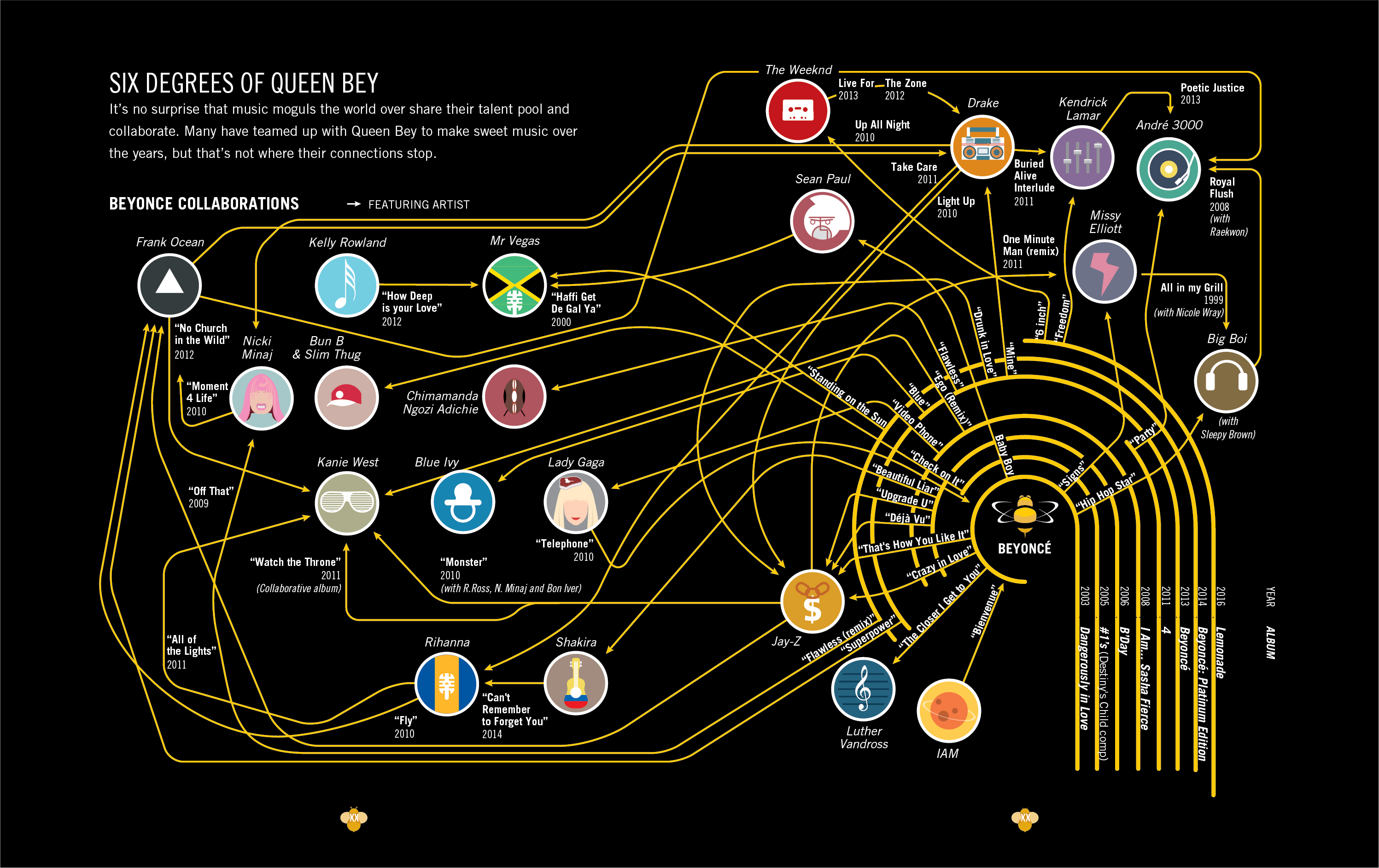 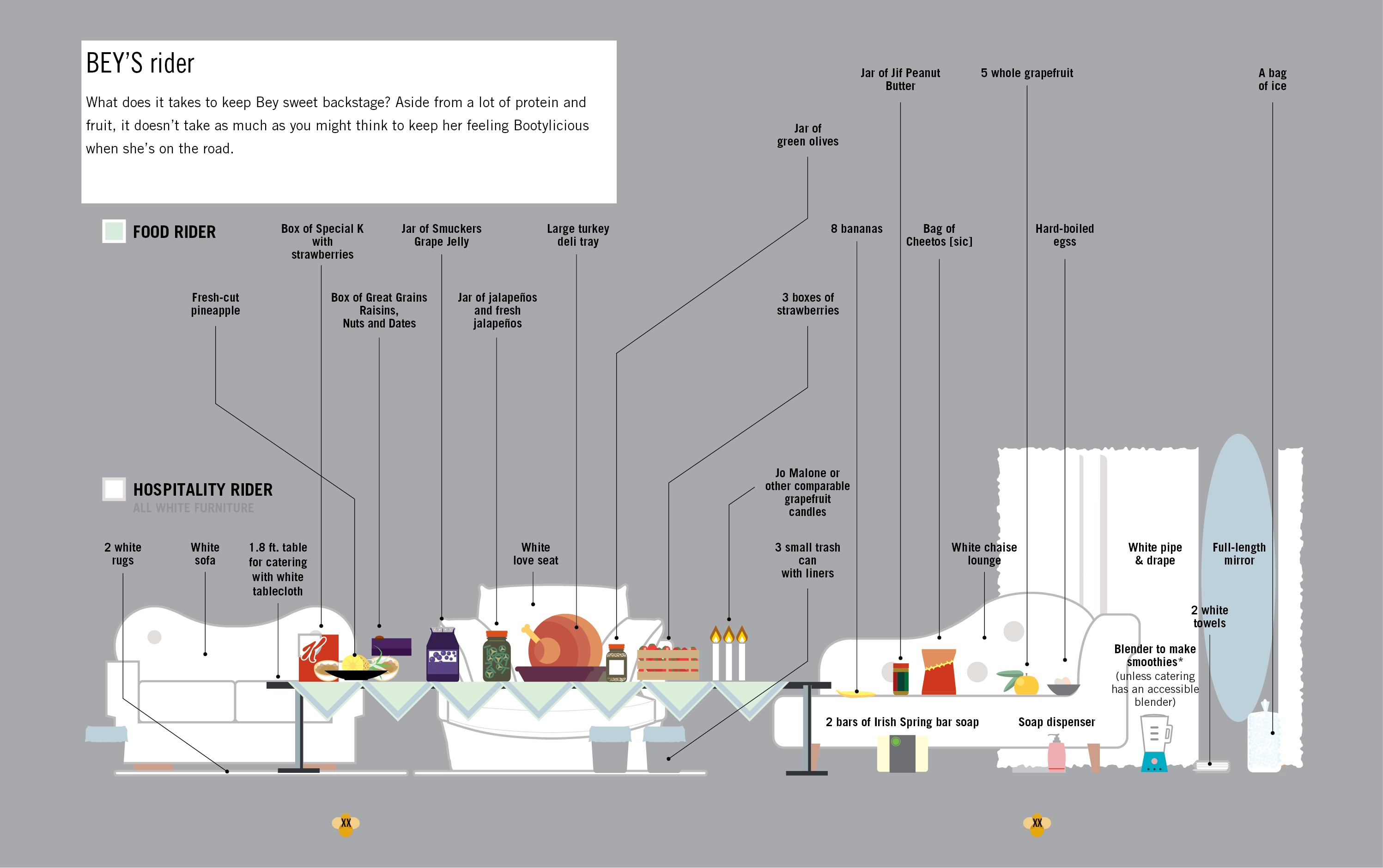 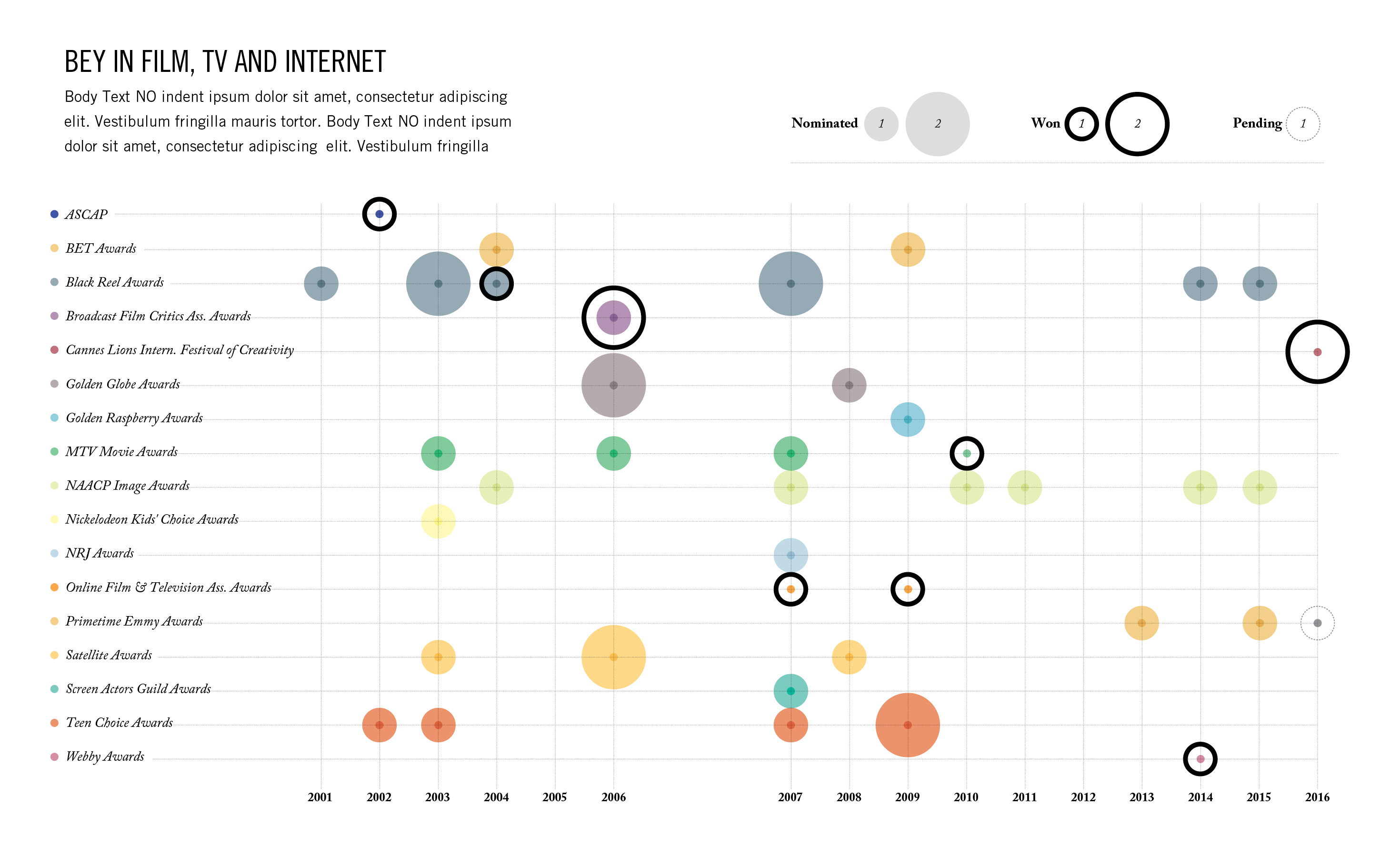 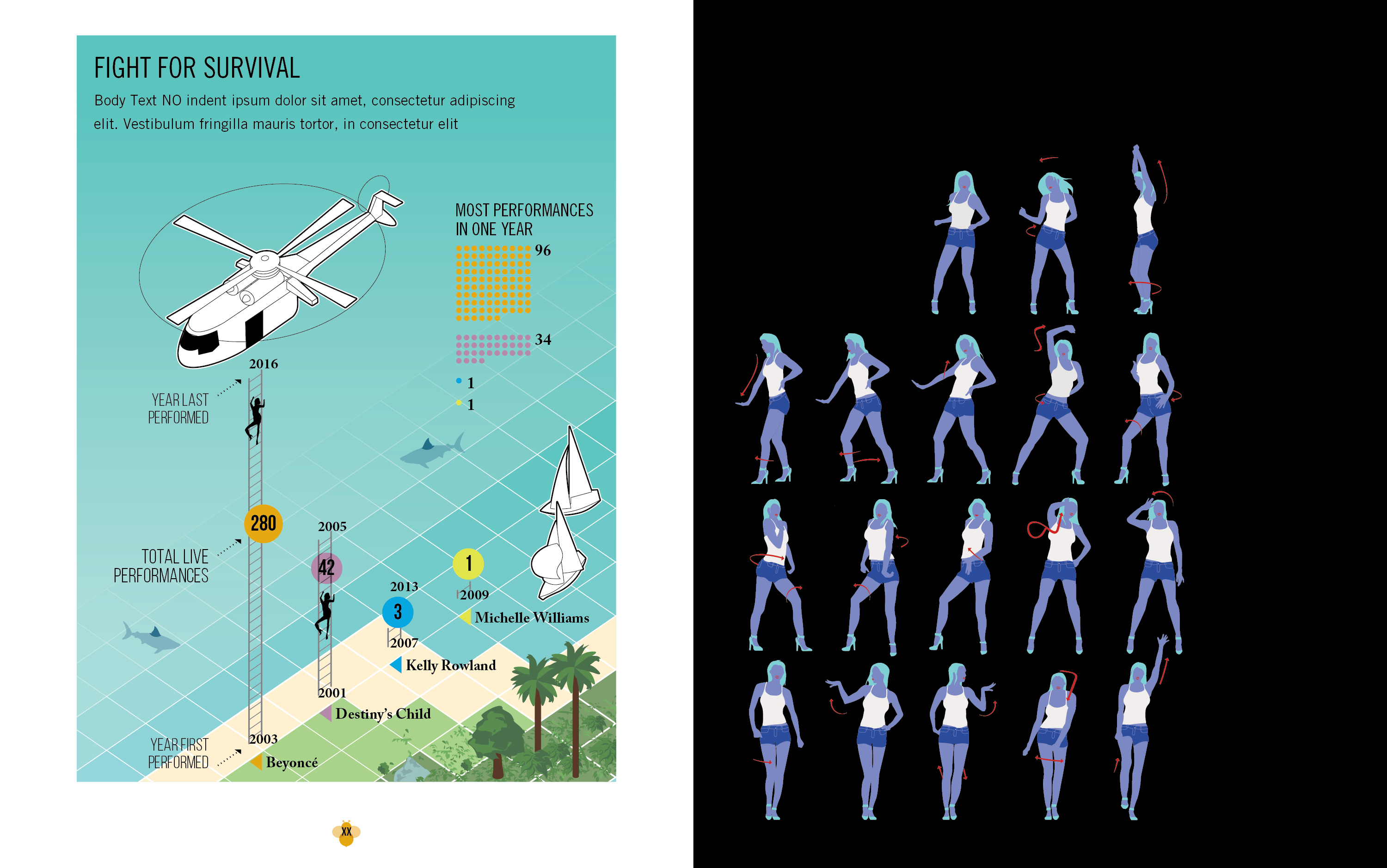 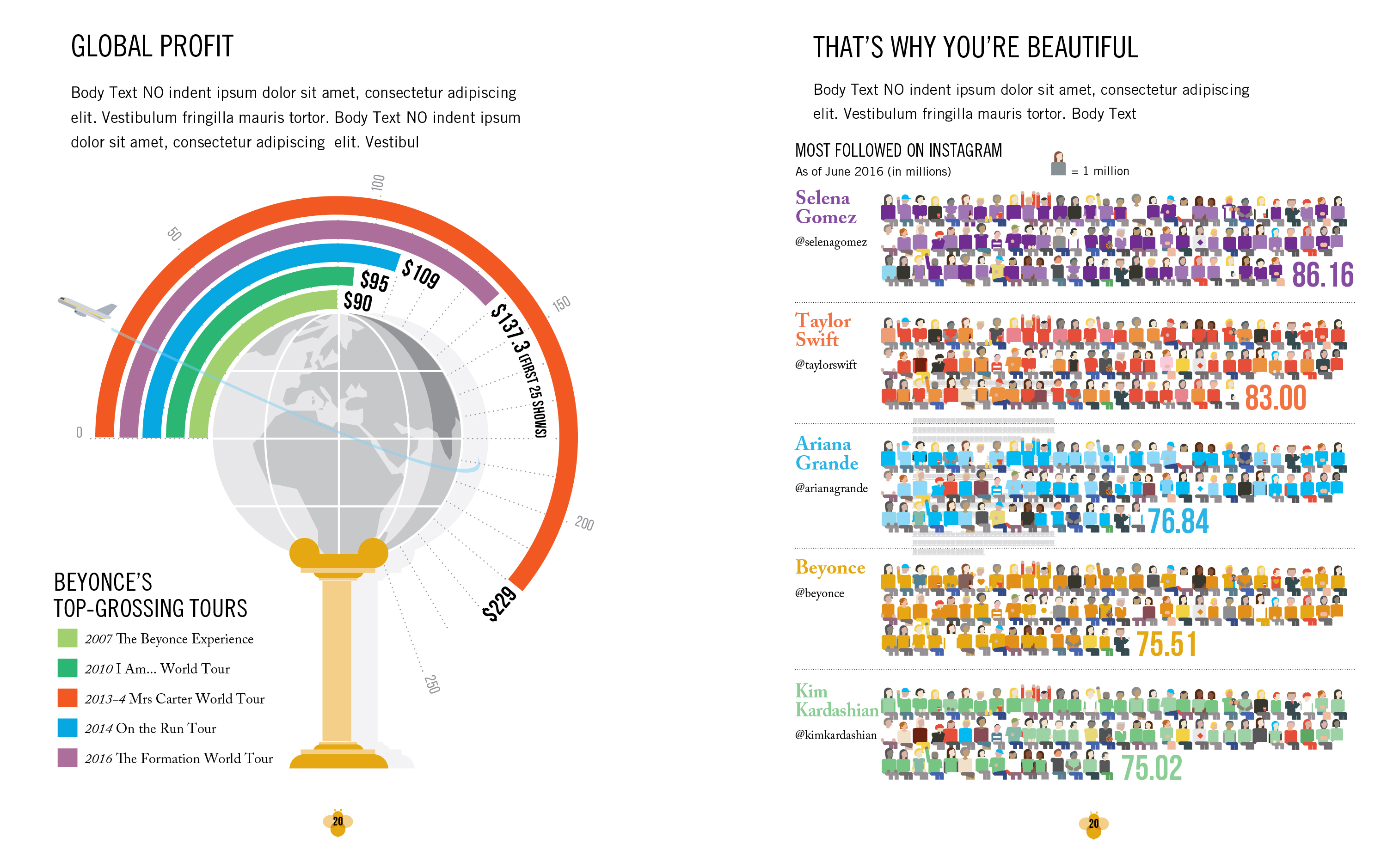