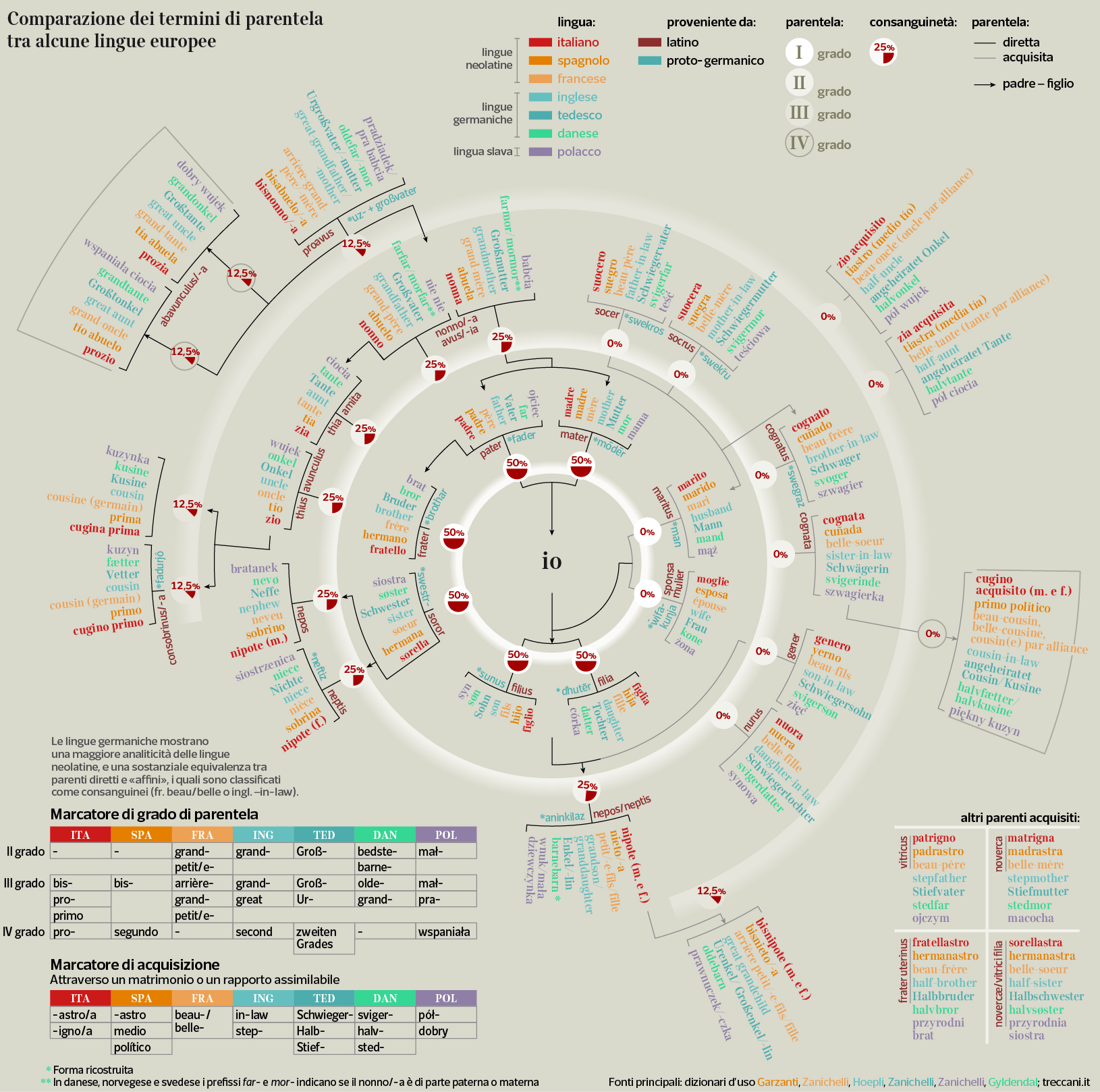 Corriere della Sera is the largest and most sold Italian newspaper. Its weekend insert is broadly considered one of the best and most-read weekend editions, and for around 10 years it has displayed every week a different data visualization works by some of the most important information designers in Italy.

This series has been sparked by our proposal about a bunch of visualizations regarding Linguistics, its concepts, and theories. The original idea, researches, and design are entirely from Dataspoiler’s founder Marco Giannini. 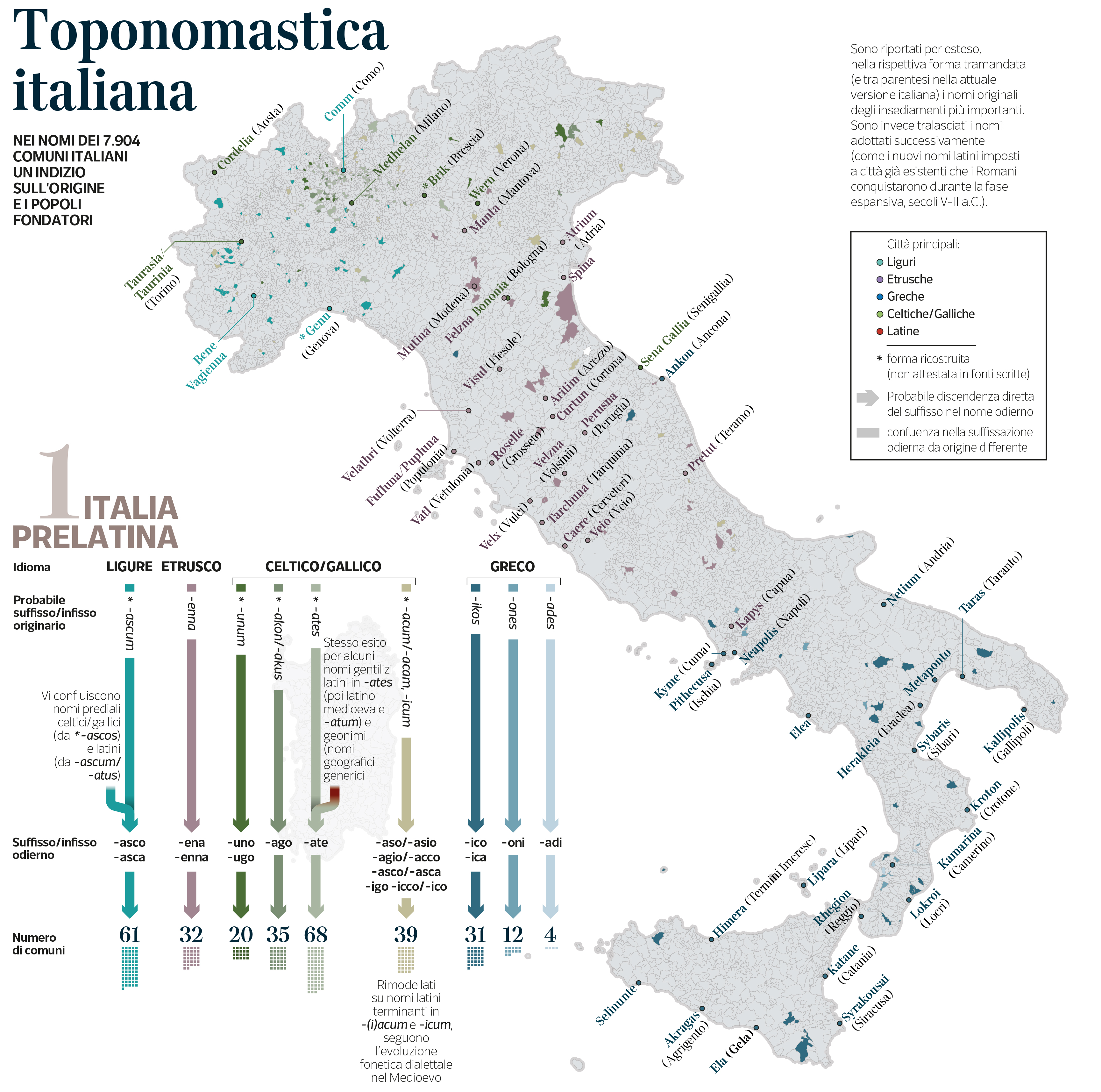 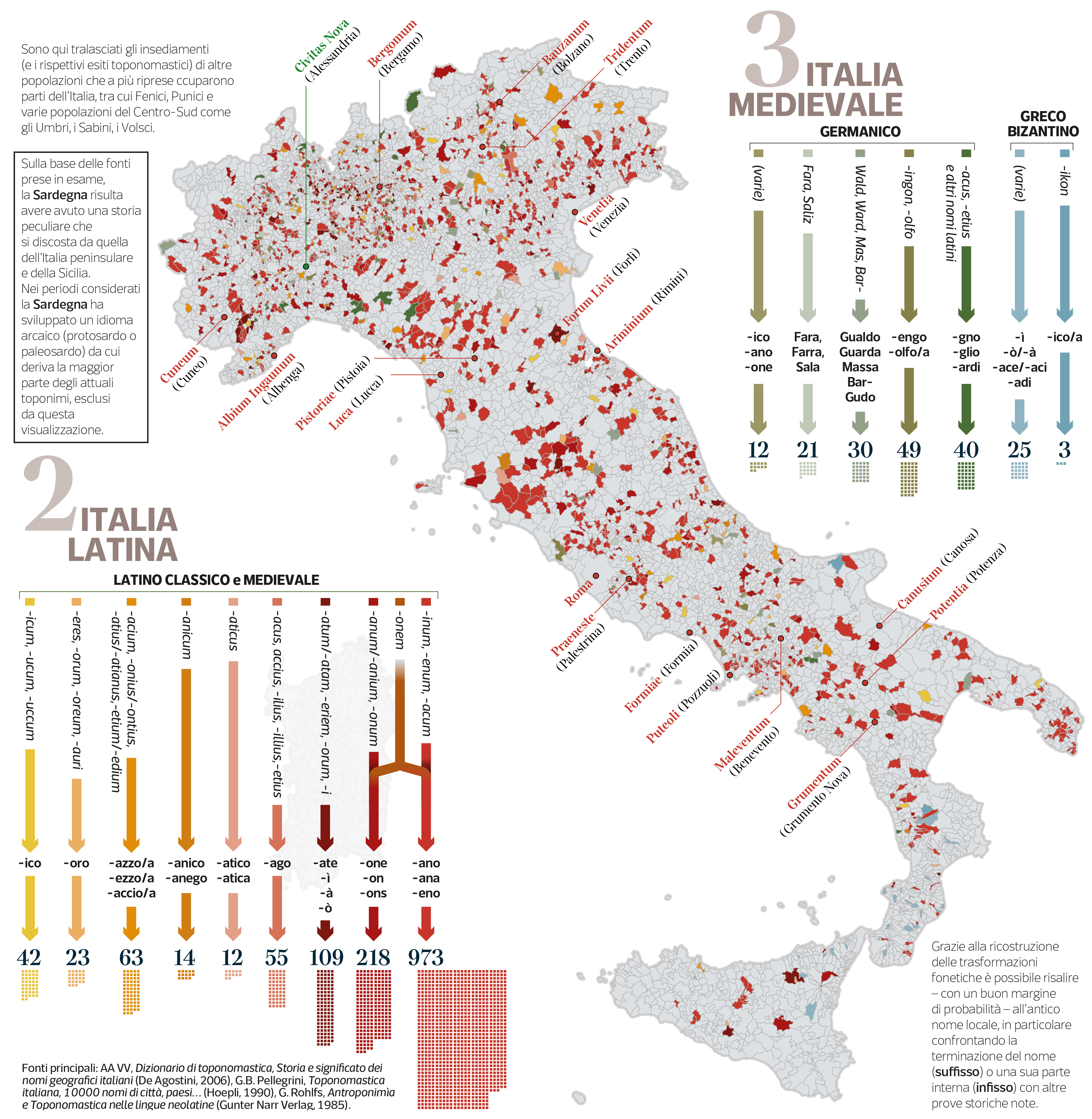 The toponyms are grouped together according to three historical phases (Pre-Latin, Latin, and Medieval Italy) in which they would have originated, and reported on the current council boundaries which still retain their trace in form of the termination of the name (suffix) or internal part (infix). The total figure for each category is displayed at the end of the arrows.

Original names of the most important settlements are fully shown in the respective form transmitted (and in brackets in the current Italian version). The names subsequently adopted are omitted (e.g. such as the new Latin names imposed on existing cities, which the Romans conquered during the expansion phase, 5th-2nd century BC). For the sake of simplicity, Sardinia has been excluded, whose original language (Protosardo or Paleosardo) is poorly known.

The populations considered: Ligurians, Etruscans, Greeks, Celts, Latins, Byzantine Greeks, Germanic populations (in particular Longobards and Goths). Settlements (and toponymic outcomes) of other populations that on various times occupied parts of Italy, including the Phoenicians, Umbrians, Sabines, Volsci, are left out. 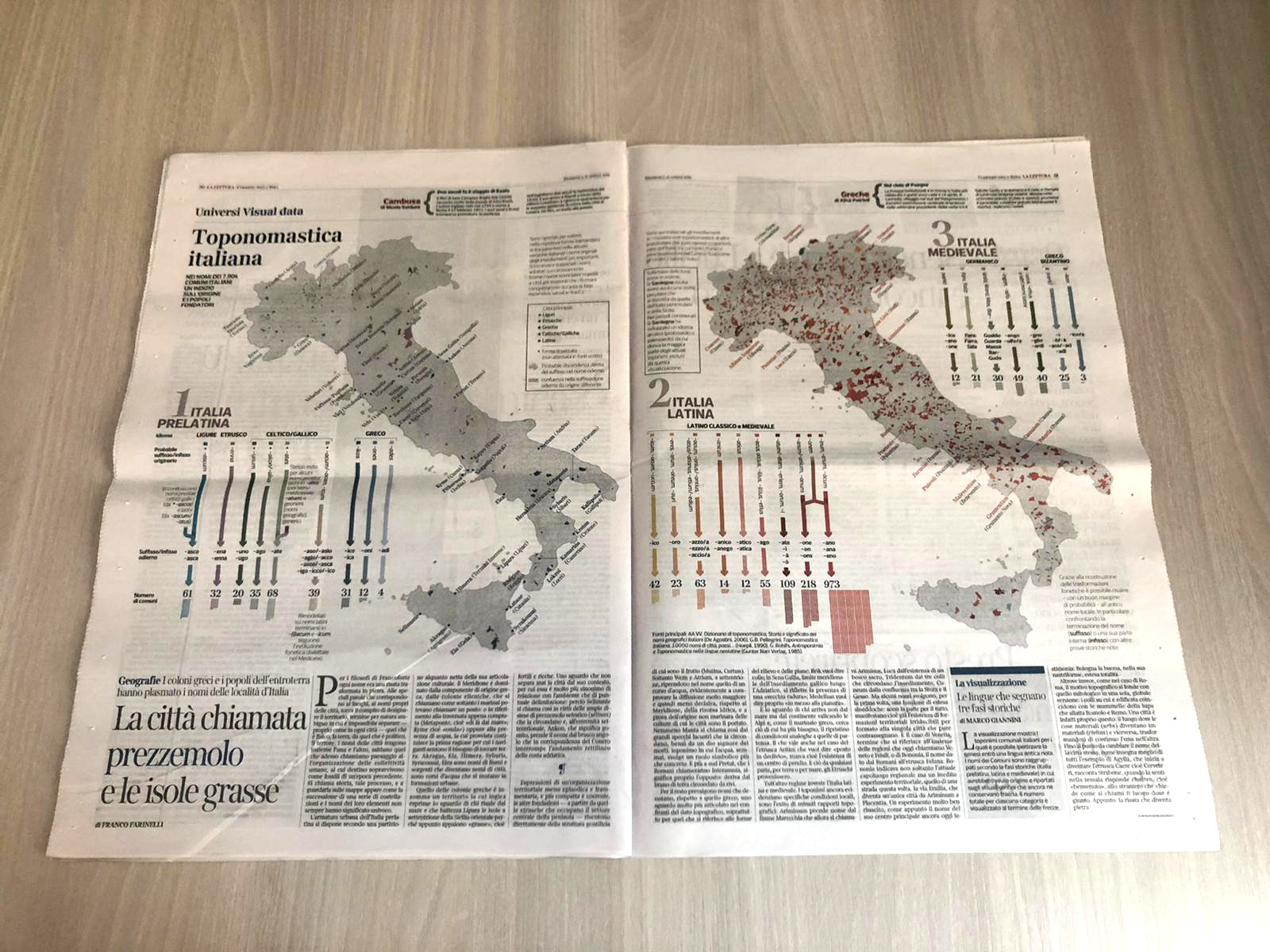 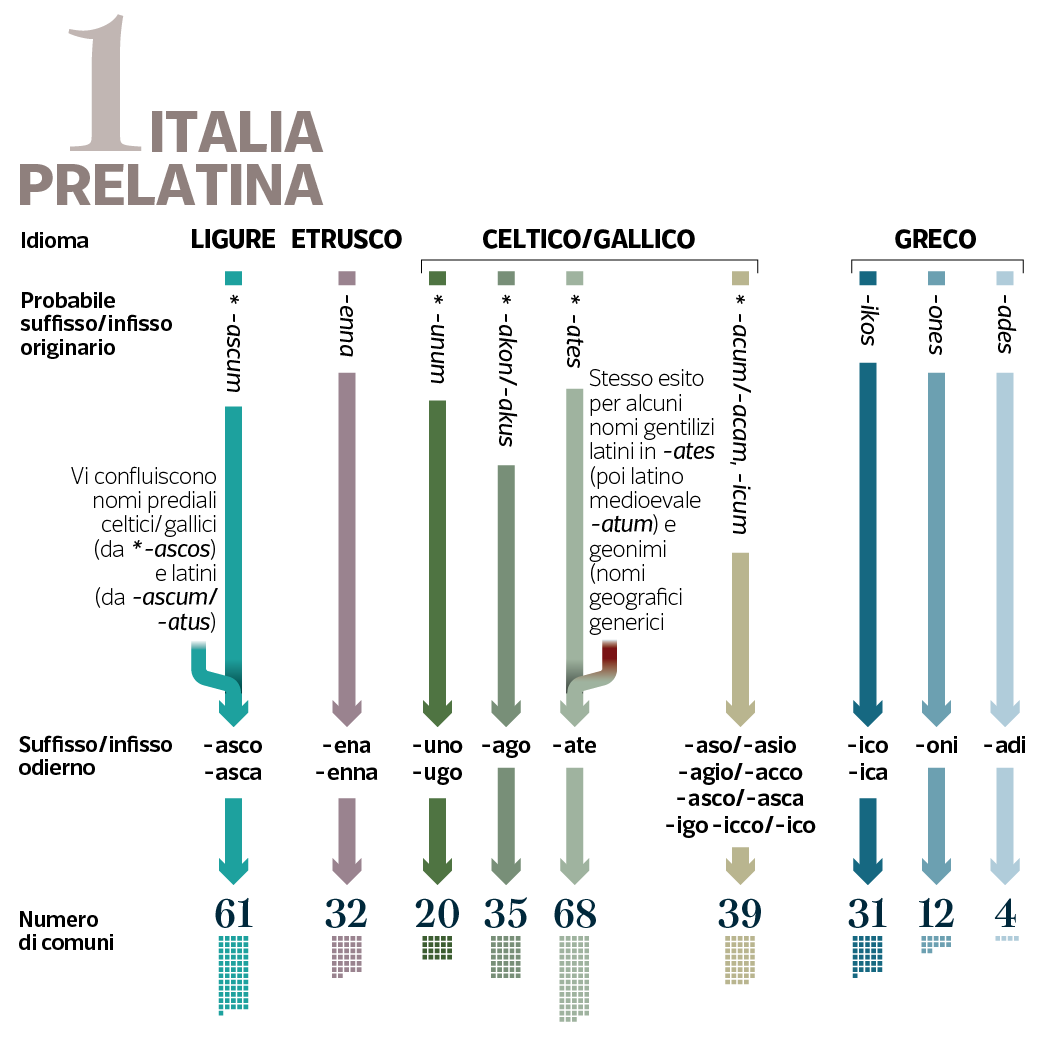 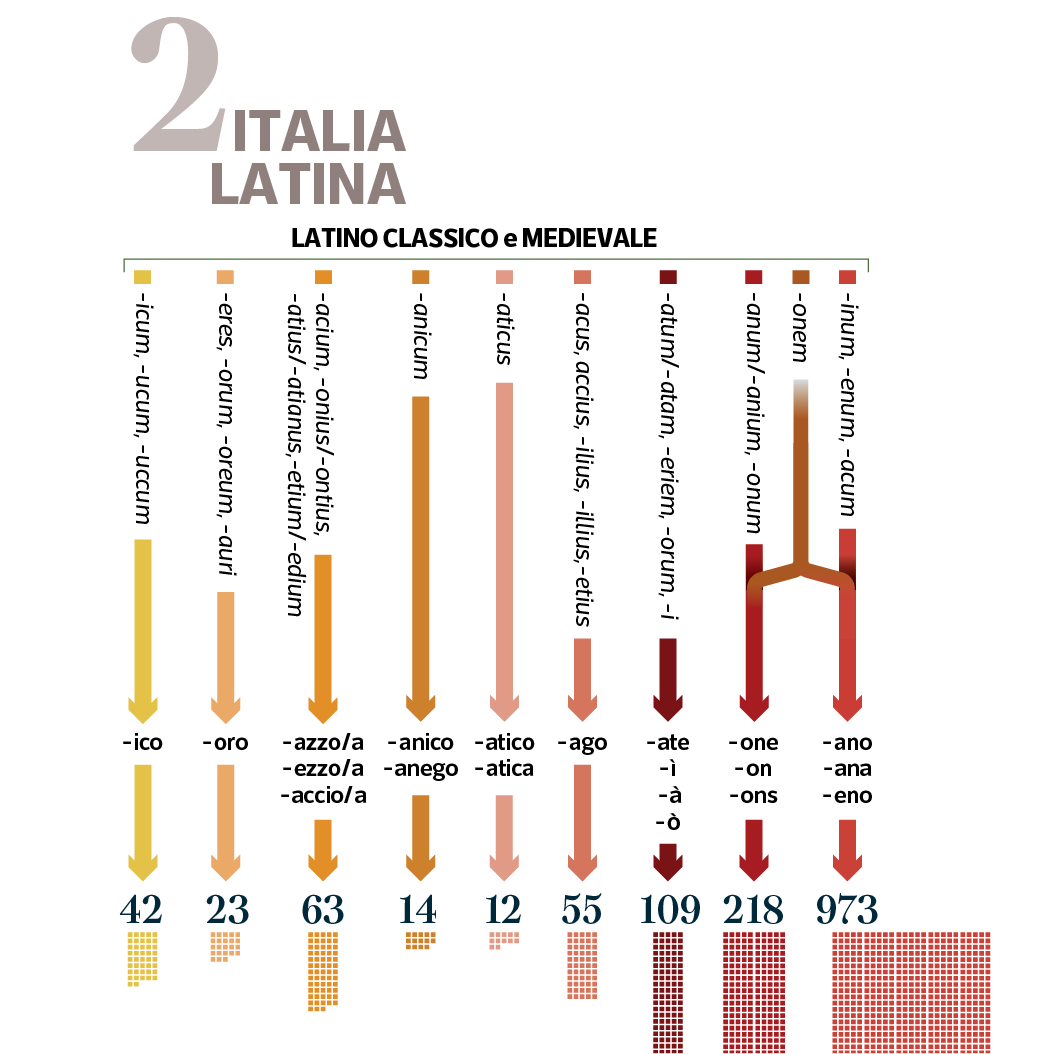 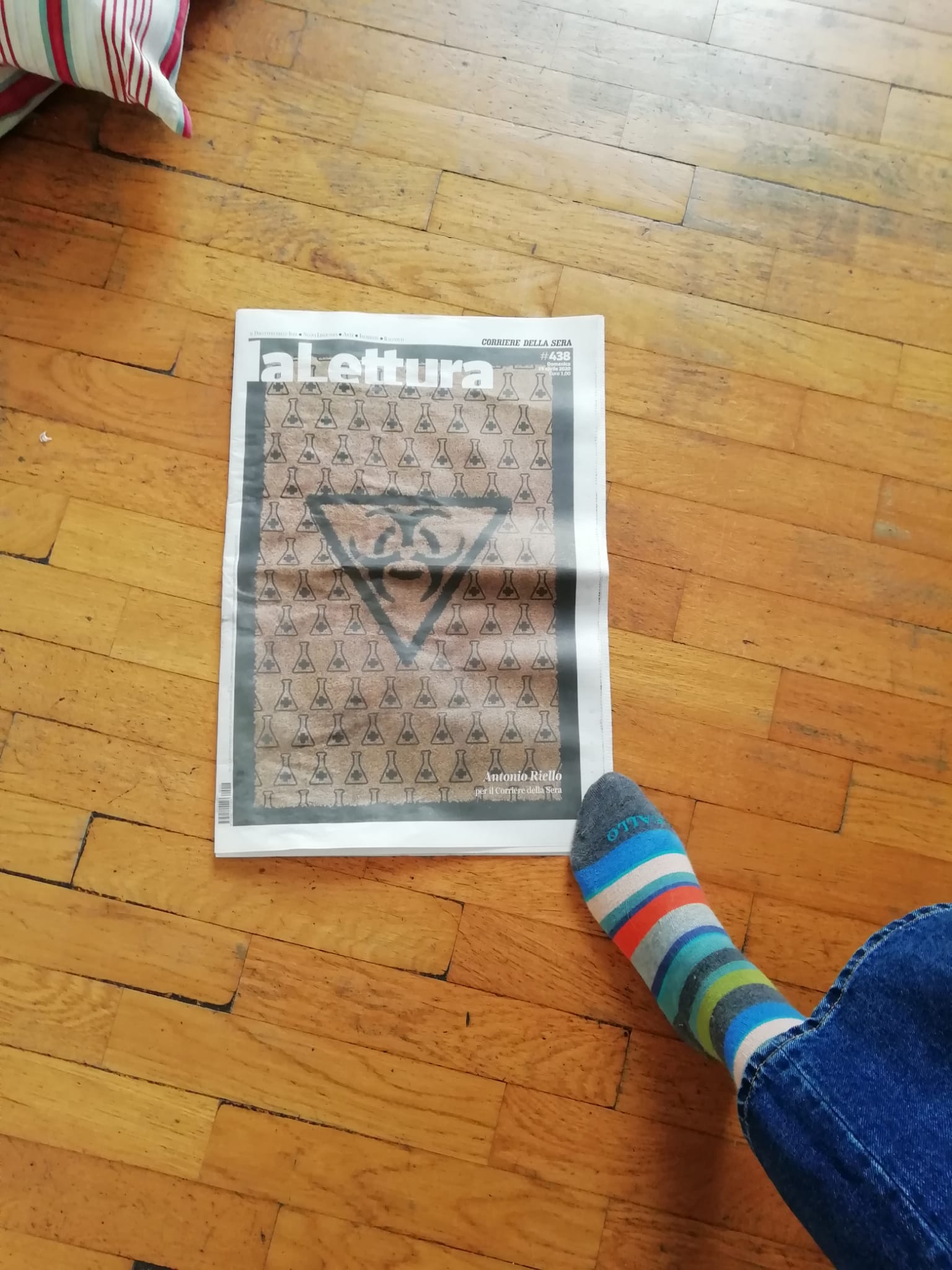 This infographic shows kinship names in 7 different European languages; three of them are neo-Latin languages, three are Germanic languages, and one is Slavic.
Terms are organized in circumferences: from the ‘io’ who observes his family around, to (part of) the fourth degree on the most external ring. There’s also a broad, vertical organization according to the temporal sequence of the generations, from ancestors (above the ‘io’) to heirs (below). Same-generation relatives show approximately at the same height.

The lemmas of origin (from Latin or Proto-Germanic) are reported near to each node, whether they are known or reconstructed.

In the lower-left corner, the recurring affixes that mark the distance of degree of relationship and kinship acquired are lined up in a table; Germanic languages show a greater analogy than Latin languages, and a substantial equivalence between direct and ‘related’ relatives, who are classified as blood relatives (French beau/belle or English. –in-law). Finally, a small pie chart showing the percentage of consanguinity with the ‘io’ is added to each node. 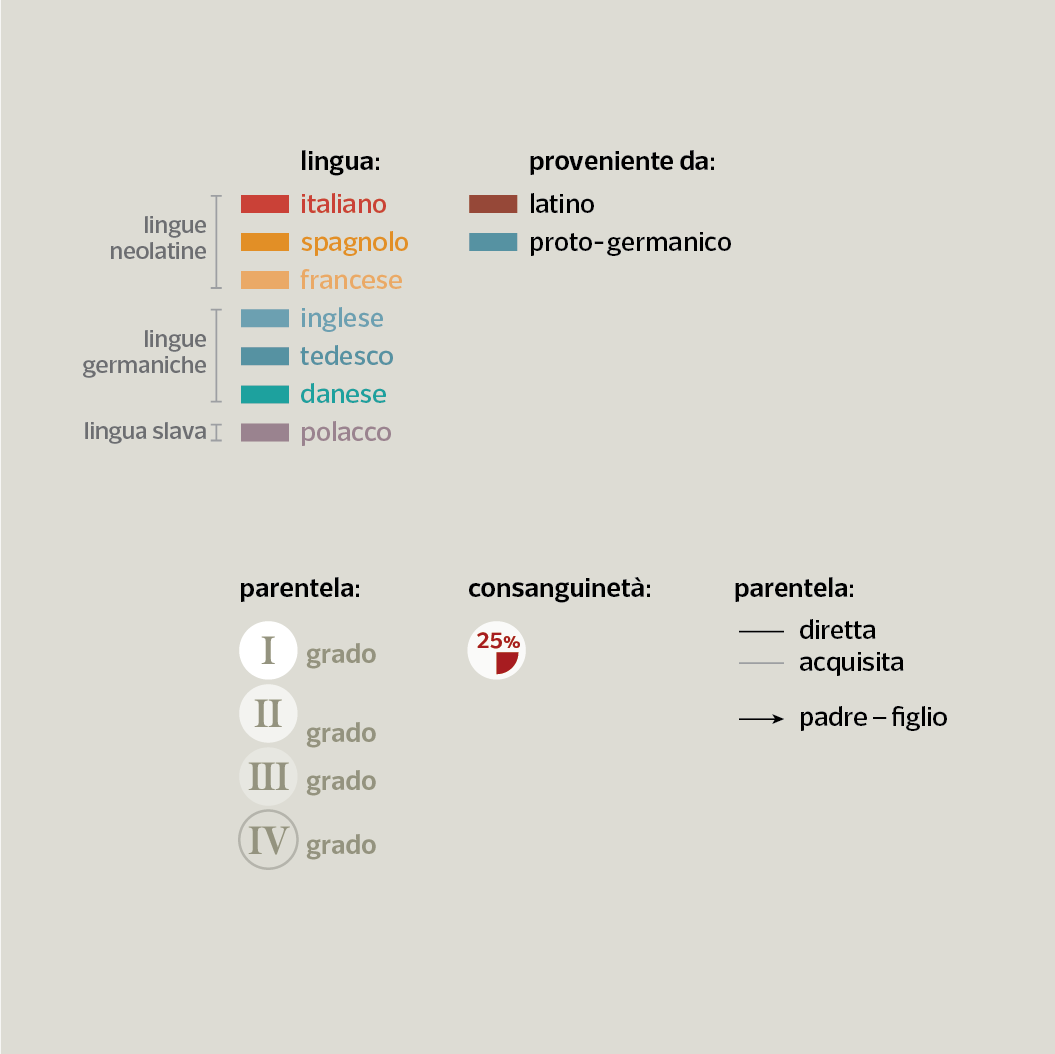 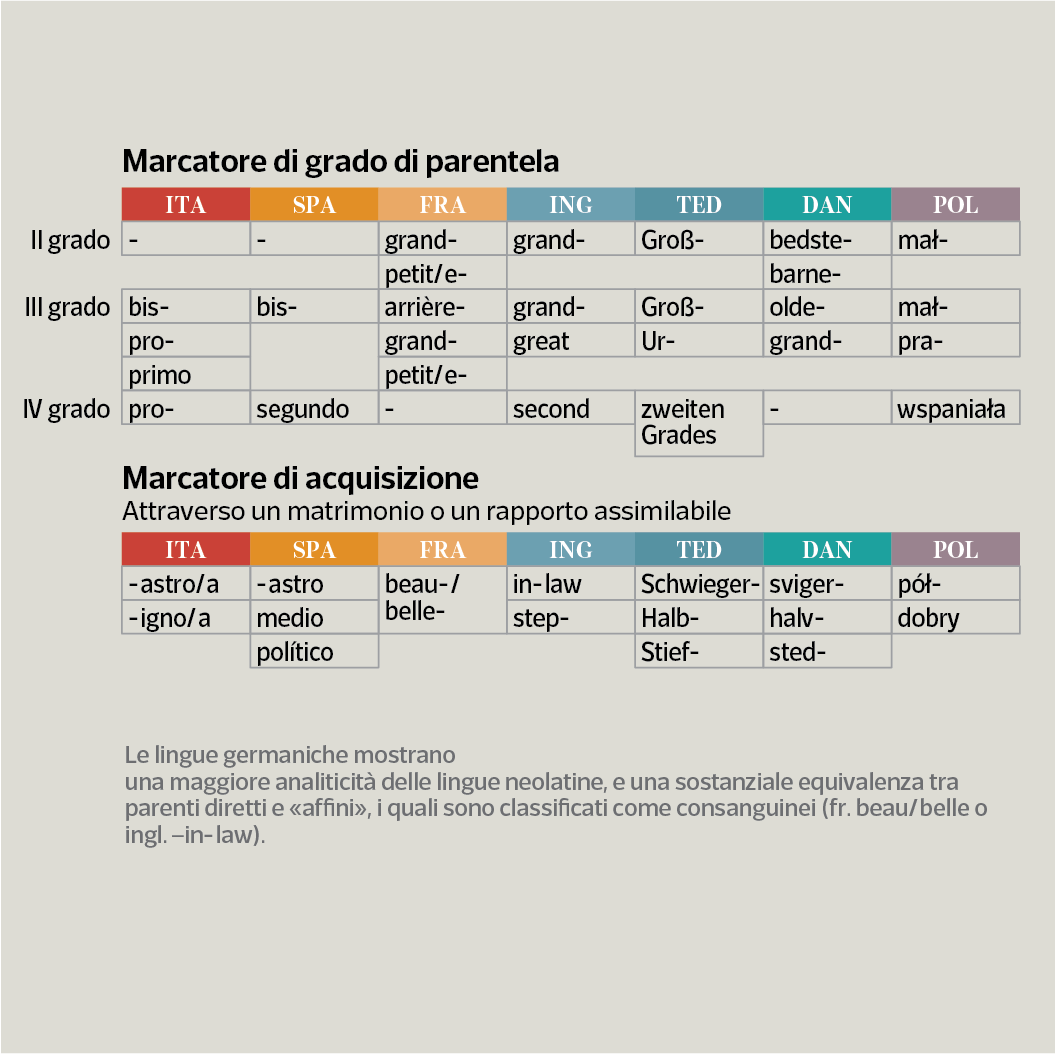